I don’t name this ship….. The launch that wasn’t.

When I started this blog it was with the intention of posting every couple of weeks or so and chart my journey from publication of my first novel, Murder Served Cold, and beyond as well as featuring other authors.  And I did manage 24 blog posts since I started the blog in April 2018, so it was all going ok.  At the time of my last blog post Murder Served Cold had been  published and  I was (sort of) looking forward to the launch of the second.

But then…. stuff intervened.  Family stuff.  Work stuff.  But mostly ‘why did I ever think I could make it as a writer?’ stuff.

The second book in my Much Winchmoor Murder Mystery series, Rough and Deadly, wasn’t exactly launched with champagne breaking over the bows and  brass bands playing as it raced down the slipway and hit the water with the force of a tidal wave.  Instead there was barely a ripple as it slipped quietly in and skulked around in the shallows.  And it was all my own fault.  It had some lovely reviews and my grateful thanks to all those lovely people who took the trouble to leave a review.

But now I need to sit myself down, reread those reviews carefully in the hope that this will give me the confidence I need to get back in the boat* and start paddling like mad. No brass bands maybe, but perhaps a little toot on a penny whistle.   (*I was going to say ‘get back on the bike’ there but the pedant in me wouldn’t permit such a mixed metaphor).

I love writing.  And I particularly love writing my Much Winchmoor series and working on the third one is the fulfilment of a lifelong ambition.  But, oh, the marketing. The self promotion.  The need to be constantly running on the treadmill that is social media just to stay still.  It paralyses me.

When I meet people who have read my books, one of two things happen.  Either they say they enjoyed it in which case I feel acutely embarrassed and try to shrug it off and change the subject or they don’t mention it at all and then I assume that they absolutely hated it but are too kind to say so.

So what has all this whingey whiney stuff got to do with not blogging for four months?  As excuses go, it’s a pretty lame one.  “I found out that while I can write ok, I am absolutely rubbish at promoting and marketing. ” But as I said, the never ending to-do list that is my marketing plan paralyses me.  Overwhelms me.  Sends me off in a frenzy of house cleaning. filling in my tax return, or looking at pictures of Dalmatians (all better behaved than mine) on Pinterest.

But, no more.  Today I am making a start by catching up on my blog posting because I have a very special guest to welcome.  One who not only writes brilliant books but is equally brilliant at promoting them.

So, enough about me and on to what brought you to this page in the first place.

Where does crime writer, Alice Castle, get her ideas from?

Hi Alice and welcome to my blog.  And to the question that every writer is said to dread.  Where do you get the idea for your books from?  And how did you settle on the lovely Beth Haldane? 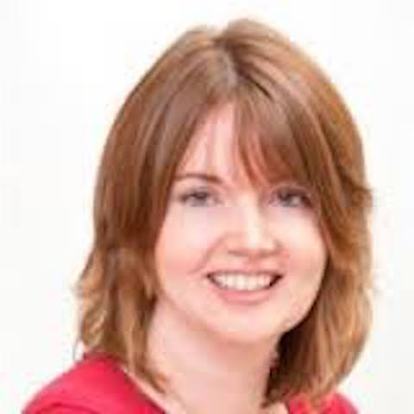 I’ve been reading whodunits since the age of 12 but it took me about forty years to start writing my own. My first novel was chicklit and I worked on the sequel for ages, getting nowhere, wanting to kill my heroine, before I thought, ‘wait a minute… that’s an idea.’ Then, as a massive Miss Marple fan, I looked around for my own St Mary Mead to set the stories in. I’d just moved out of Dulwich and missed it very much and that affectionate nostalgia, added to some useful distance, made it seem the perfect spot. I was keen to write a series so I thought hard about a sleuth who would be quirky and slightly annoying, so people would think they could do better than her, but who would still remain engaging enough to have people on her side. I wasn’t at all interested in creating another of those omniscient male detectives who looks down on the female victim laid out on a mortuary slab and swears to wreak vengeance on ‘the man who did this.’ Those books can be great but that wasn’t what I wanted to write. Then, once I’d thought of the title of the first book, Death in Dulwich, I was off.

Setting is so important, isn’t it?  Even though the only time I’ve ever been to Dulwich I was stuck in an horrendous traffic jam, reading your books has made me want to visit the area again and check out all those lovely coffee shops!  So, what made you decide to set the stories there?

I’ve always lived in south east London and I love my slice of the city. We’re twenty minutes by train from London Bridge yet there’s enough green spaces and birdsong to feel as countryfied as I want to get. South London is quite run down and has its share of urban woes so, sadly, it’s fertile territory for a crime writer.

Is there anything from your life before you became a writer that you feel has been of use to you as a crime writer?

I was a feature writer on the Daily Express but occasionally covered big news stories – as a journalist you’re exposed to a lot of facts which are too grisly to make it into the papers. You also need a glancing knowledge of the law and of policing to cover a lot of stories so it’s pretty much a crash course in crime writing – except you’re supposed to avoid fiction

The first in the series was Death in Dulwich published in 2017 and now you’re about publish  the sixth in the series, The Body in Belair Park on June 25th.  How do you see it continuing?  Or would you like to write something else?

I love the London Murder Mysteries series and already have a seventh book planned. I’ll continue for as long as anyone will read the stories and publish the books. I do have other projects on the go – I’ve written a psychological thriller and I’m going to try my hand at script writing. It’s good to have changes of pace and direction to keep things fresh.

I’m delighted there’s going to be more in the series and have already pre-ordered The Body in Belair Park which I’m really looking forward to.

So, what inspires you most when you’re creating a new story?  Characters?  Settings? Books you have read?

I think I’d have to say my heroine, Beth, is my biggest inspiration. I like to see what she’ll do next when she’s up against it – it’s never anything I would do myself.

And how did you writing journey start?  Have you always written?  What was your first published piece.

I’ve always written. A kind teacher said something nice to me about a snippet of writing when I was about 5 and that was enough to make me feel it was something I could do. I’m very grateful to that teacher. I used to make miniature magazines for my dolls – I still have a copy of Good Mousekeeping I made when I was about 9. My first published piece was an article in The Sunday Telegraph when I was 20 and at university. Then life, children and a career intervened for a bit and my chicklit novel Hot Chocolate finally came out when I was 46. Death in Dulwich was published in 2017.

Thank you so much for a lovely interview, Alice, and for all the reading pleasure your books have given me.  Also, for inspiring me to stop whinging and get on with things.

Before turning to crime, Alice Castle was a UK newspaper journalist for The Daily Express, The Times and The Daily Telegraph. Her first book, Hot Chocolate, set in Brussels and London, was a European hit and sold out in two weeks.

Death in Dulwich was published in September 2017 and has been a number one best-seller in the UK, US, France, Spain and Germany. A sequel, The Girl in the Gallery was published in December 2017 to critical acclaim and also hit the number one spot. Calamity in Camberwell, the third book in the London Murder Mystery series, was published in August 2018, with Homicide in Herne Hill following in October 2018. Revenge on the Rye came out in December 2018. Alice’s  sixth London Murder Mystery adventure, The Body in Belair Park is published on June 25th. Once again, it will feature Beth Haldane and DI Harry York.

Alice’s latest book (No 5 in the series) 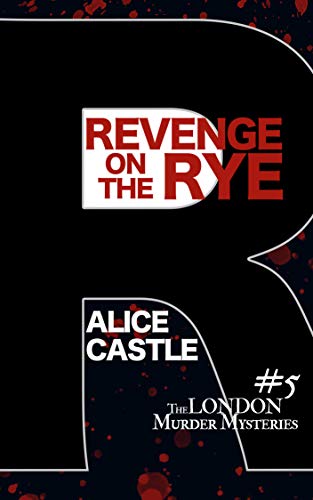 Revenge on the Rye – blurb

Beth Haldane, SE21’s answer to Miss Marple, thinks she is going for a carefree stroll on Peckham Rye with her best friend, Katie, and her annoying new puppy, Teddy. But before Beth knows it, she is embroiled in her most perplexing mystery yet.

Strange events from her family’s past, present-day skulduggery in the art world, and the pressures of moving school in south London threaten to overwhelm Beth. Will she be able to piece together the puzzle before her son’s crucial interview at Wyatt’s? Or will Beth’s insatiable curiosity finally drag down all her dreams for the future?

Join Beth, her irascible on-off boyfriend, Detective Inspector Harry York of the Metropolitan Police, and the dog walkers of Peckham Rye in a tale of murder, mayhem – and bloody revenge.